Gateway to the Cosmos 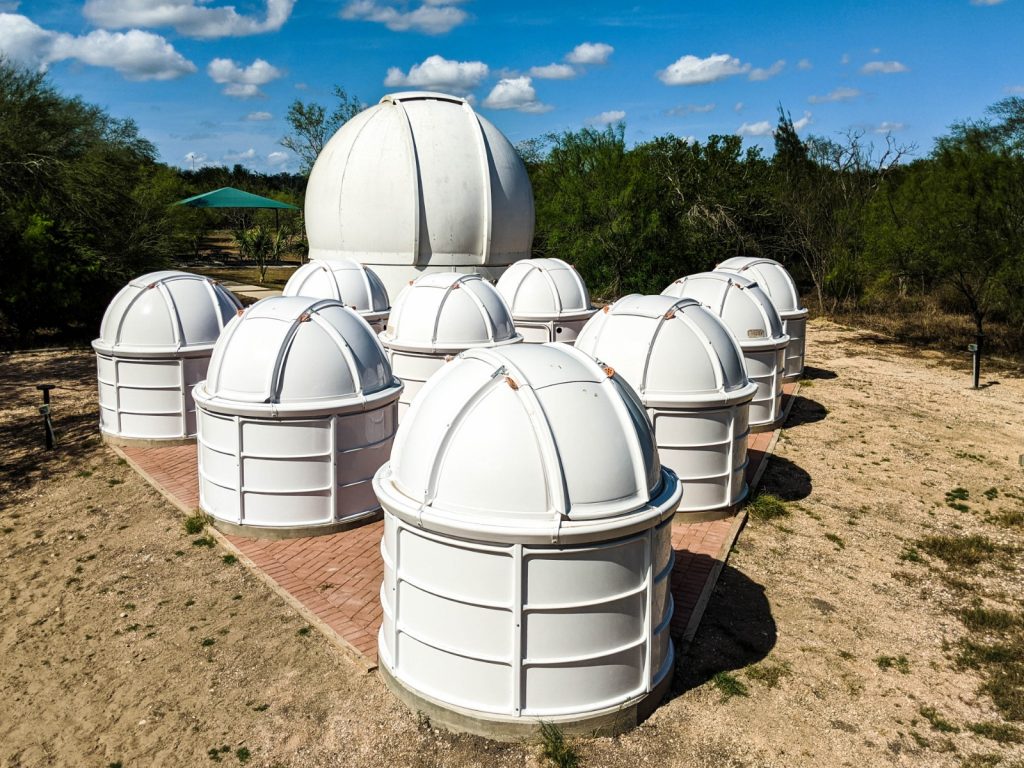 The observatory saw first light in 2008 on the campus grounds of the University of Texas at Brownsville (now the University of Texas – Rio Grande Valley). As the city’s growing light pollution became an issue for night sky observation, the facility was taken apart and rebuilt at its current home amongst the diverse wildlife at Resaca de la Palma State Park in northern Brownsville.

CTMO is operated by members of the Time Domain Astronomy Group at the Center for Gravitational Wave Astronomy (CGWA) under the direction of Dr. Mario Díaz. The observatory’s system consists of a CDK 17-inch PlaneWave reflector telescope and ProLine monochromatic CCD camera for capturing astronomical imagery.

Observational time-domain projects at CTMO include:

Another type of transient event observed at CTMO is kilonovae, the visible remnant of explosions that follow the violent merger of two neutron stars. These catastrophic collisions produce ripples in the fabric of space-time called gravitational waves, which are detected by the Laser Interferometer Gravitational-wave Observatory (LIGO). UTRGV’s Center for Gravitational Wave Astronomy has been part of the LIGO Scientific Collaboration since 1999.

Though CTMO is primarily utilized for research, education and public outreach have been a core value at CTMO since its opening. Through public and private fundraising, CGWA generates opportunities for local students and educators to use the facility as an experience-based learning tool. Additionally, CTMO opens its doors to the public on several occasions throughout the year so that the community may experience the beauty of the cosmos first-hand. By cultivating interest in astronomy and space science, CTMO and partner organizations such as STARS hope to inspire the next generation of explorers in the Rio Grande Valley.

Join us at a Night Hike!

The last Friday of every month, Resaca de la Palma Park Rangers host a Night Hike. The monthly Night Hike includes a hike through some of the park’s nature trails starting at sunset and ends with a tour of the Cristina Torres Memorial Observatory hosted by observatory staff and STARS members. If you are interested in registering for a Night Hike, please contact Resaca de la Palma to reserve your spot: