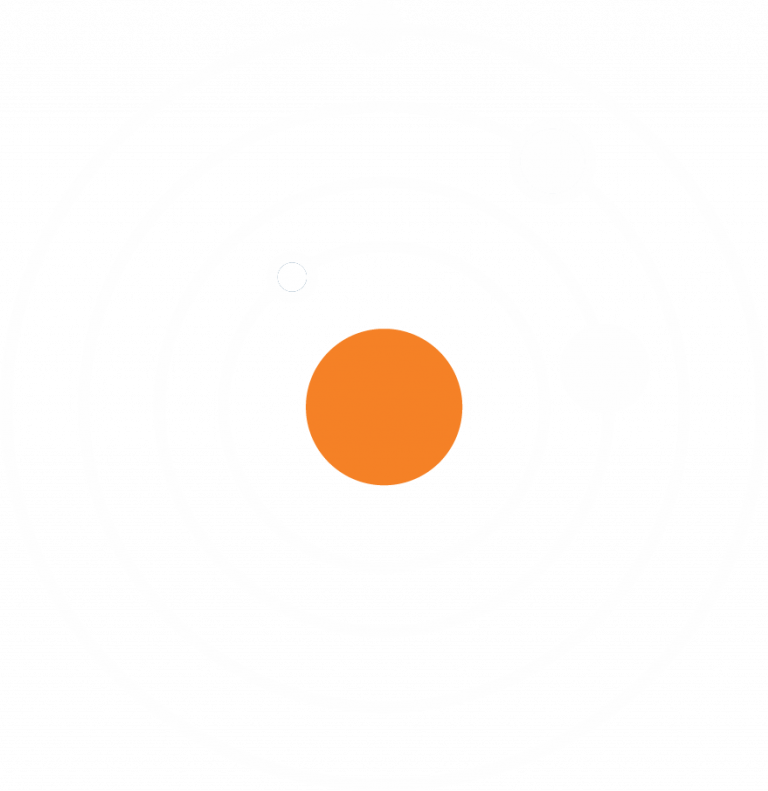 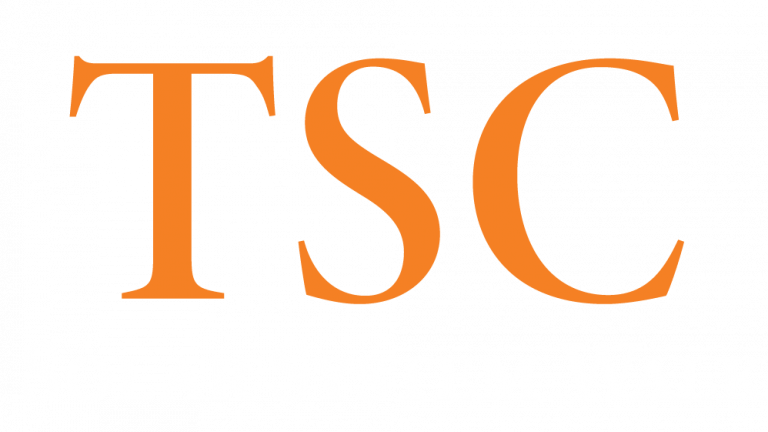 Mars facts at your fingertips...

Mars is the fourth planet from the Sun and is named after the Roman god of war. Its surface is composed of a thick layer of oxidized iron rock. This chemical composition causes the planet to harbor some of the largest dust storms in the solar system. Mars is also home to the tallest mountain, Olympus Mons, which is 21 kilometers high and 600 kilometers in diameter; that’s about two and a half times the size of Mount Everest! 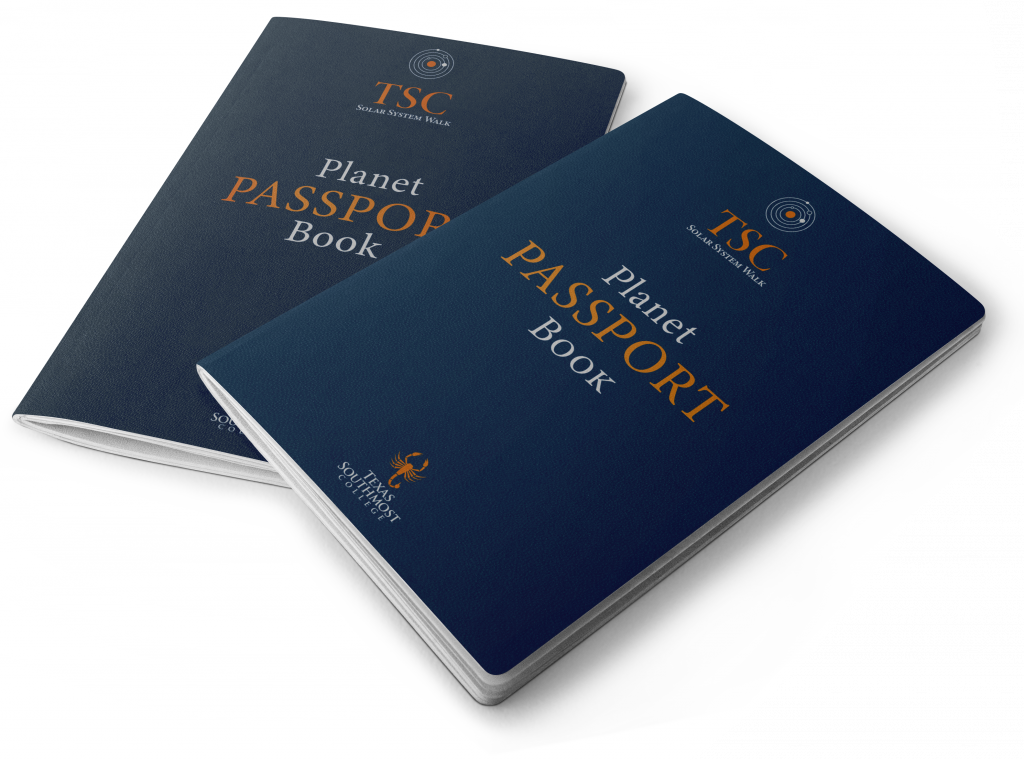 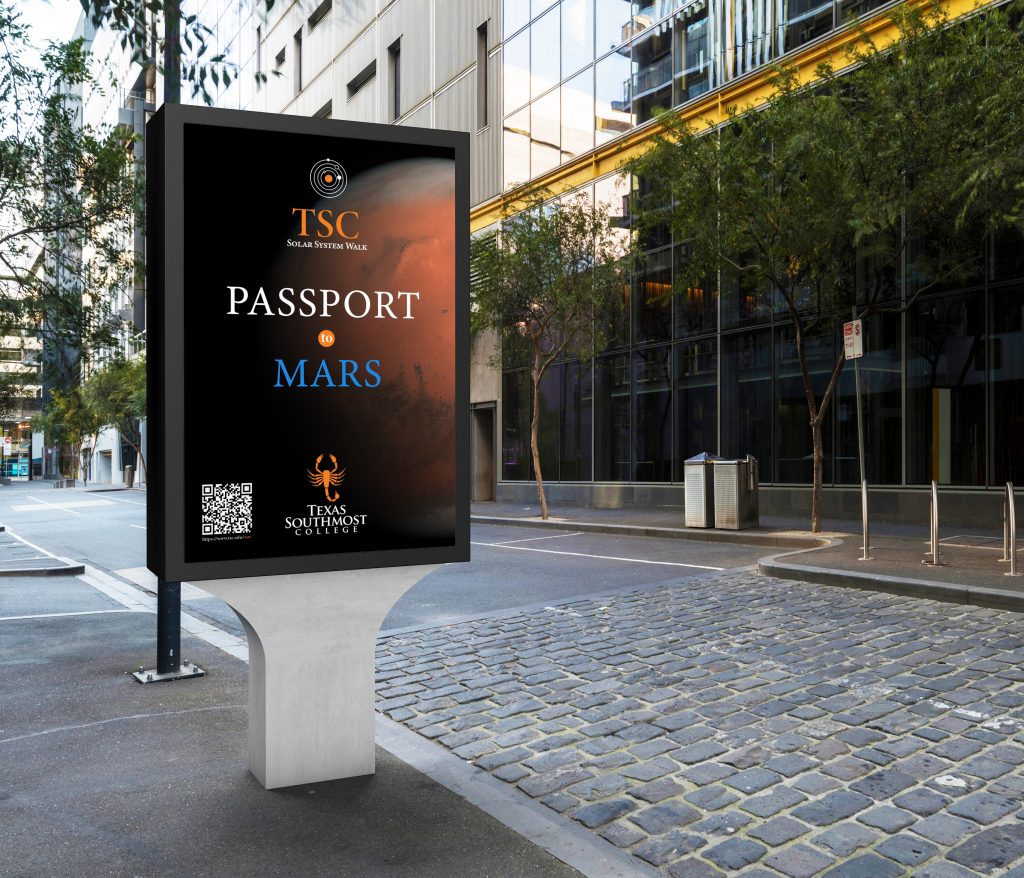 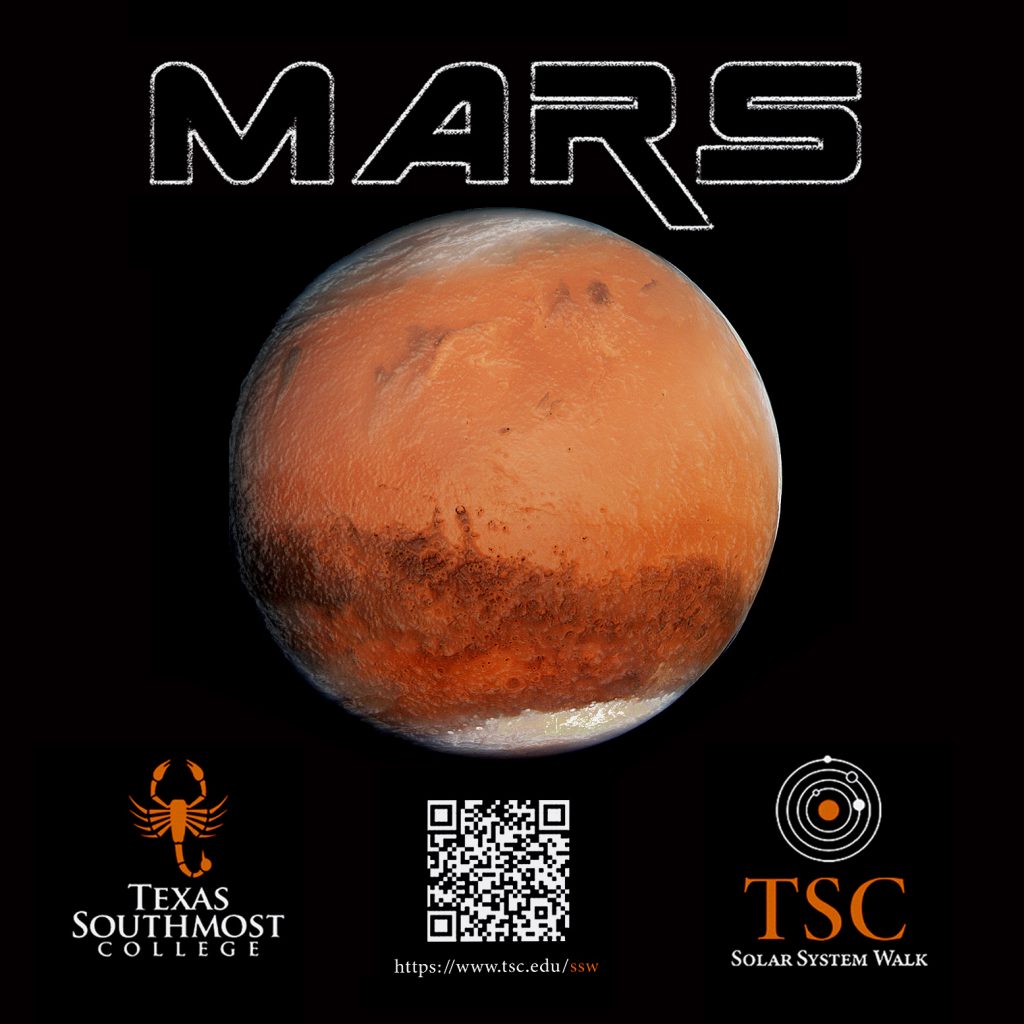 Visit the TSC Solar System Walk to collect 9 planet passports and submit the  entire book for the chancel  win tour tickets to the Brownsville’s own SpaceX City!

the future is artemis!

Mars was once believed to be home to intelligent life. This came from the discovery of lines or grooves in the surface called canali by Italian astronomer Giovanni Schiaparelli. He believed that these were not naturally occurring and were proof of intelligent life. However, these were later shown to be an optical illusion.The Artemis Program is a United States-led international human spaceflight program. It was initiated in 2017 under the Trump administration with the primary goal of returning humans to the Moon, specifically the lunar south pole, in the mid-2020s (first crew in 2024).[2][7] If successful, it will be the first crewed lunar mission since the end of the Apollo program in 1972.

The Artemis Program formally began in December 2017 as the culmination of successive efforts to revitalize the U.S. space program since 2009. Its stated short-term goal is landing the first woman on the Moon; mid-term objectives include establishing an international expedition team and a sustainable human presence on the Moon, long-term objectives are laying the foundations for private companies to build a lunar economy, and eventually, make sending humans to Mars and beyond feasible.[8]