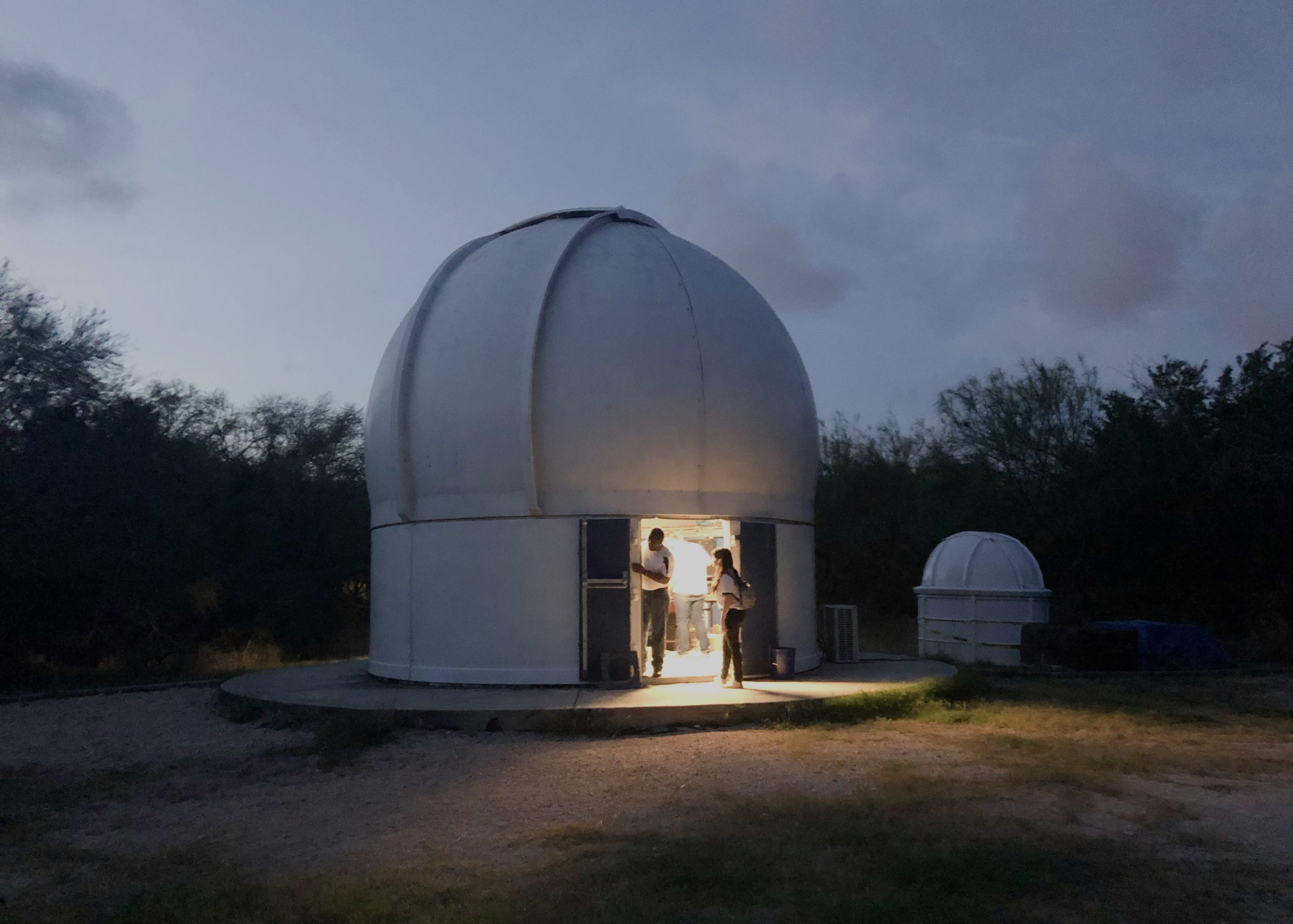 As we progress through the month of October, we are faced with the changing of leaves, cooling of temperatures, and many interesting astronomical phenomena…

Orionids and Transit of the Great Red Spot

The Orionid meteor shower occurs each year between September 23rd and November 17th, caused by the passage of Earth through the debris field left behind by Comet 1P/Halley. The shower peak will occur around midnight on October 21st, with possible rates of up to 10-20 per hour. Although the peak rate is relatively infrequent, the Orionids are particular fast, reaching speeds of up to 66 kilometers (41 miles) per second. They should be quite noticeable if one observes as much of the sky as possible (using peripheral vision) and directed away from the radiant point of the shower in Orion’s Club.

Also taking place on October 21st is a transit of the Great Red Spot of Jupiter across its central meridian around 7:31 pm CDT. Any astronomers with modest aperture telescope and camera optics could capture this despite the sunlight of the evening sky.

On October 23rd, the dwarf planet Ceres will change direction in the sky, thereby completing its retrograde loop. In other words, the Earth will have overtaken Ceres in its orbit around the Sun. Ceres will be at a visual magnitude of 8.6, and will be found about 9.5 degrees (one fist’s width held at arm’s length) northwest of the bright star Formalhaut. Additionally, the Moon will be at first quarter on this night.

The Ghost of Summer Suns

As Halloween approaches, the star Arcturus becomes a ghost. For the days surrounding October 25th, the position of Arcturus in the setting western sky marks where the Sun was at the same time of the day back in June and July. Hence, Arcturus becomes known during this time as the “Ghost of Summer Suns.”

The Halloween weekend will begin with a bright, near-full Moon near Mars on the night of the 29th.

On October 30th, the Moon will occult the star Xi1 Ceti from 12:38 am to 1:26 am. An occultation is when a Solar System object, like a planet or asteroid, passes in front of a background star. These events offer unique time domain opportunities to astronomers for studying the composition of the occulting bodies, including potential ring or atmospheric components.

If that’s not exciting enough, the Moon on Halloween will be, specifically, a “Small Full Blue Hunter’s Moon.” It is “Small” because full illumination occurs 20 hours post-apogee, which is the farthest point of orbit for the Moon around the Earth — and making it the smallest full Moon of 2020. It is “Blue” because of the uncommon occurrence of a second full moon in October (“once in a Blue Moon!”). It is “Hunter’s” because that is the name of the full Moon during the month of October.

Finally, on the same night, Uranus will reach opposition (point of closest approach to Earth), which is 2.81 billion kilometers (1.75 billion miles or 156 light-minutes) away. At opposition, it will have a visual magnitude of 5.7, making it possible to see with the naked eye in an extremely dark sky area.